The boom of the internet is here everyone! Let’s face it; it’s not going anywhere anytime soon. As the ‘world wide web’ is only in its teething phase, we are finding already, that more and more young people are finding ways to not only promote themselves online using Social Media platforms such as Facebook, Instagram and Snapchat but also grow a successful business with outstanding results. Is this entrepreneurial streak just a god given talent o 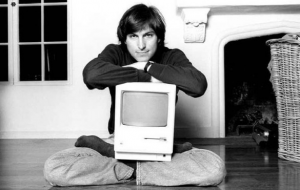 r can it be nurtured with the help of more experienced people within the business world?

Let’s turn back the clock and have a look at some of the world’s most famous entrepreneurs and how they used their young age as an advantage to springboard themselves onto the business map. Take Apple Computer co-founder “Steve Jobs”.  He was adopted at birth and he and his new family moved to Mountain View, California, which is the area that would later become known as Silicon Valley.  As there were many emerging companies, the young Jobs would find himself surrounded by a large number of innovative ideas and individuals.

While Jobs attended High School, he was introduced to his future business partner Steve Wozniak. It was during this time where they both shared their passions for electronics and technology and they came together to create something massive.  When Jobs reached the age of 21, he and Wozniak started the company that is known today as “Apple”. The duo started in the Jobs family garage, funding their entrepreneurial venture by Jobs selling his Volkswagen bus and Wozniak selling his beloved scientific calculator.

Jobs with the help of Wozniak went on to revolutionise the computer industry by making home computers accessible to everyone whilst making them smaller, cheaper, intuitive and easily available to everyday consumers. With many ups and downs along the way, Jobs not only went on to become a billionaire but also created a company that boasted a staggering $1.58 billion profit, an $18 billion surplus in the bank and zero debt.

Next, let’s consider the Virgin rebel himself Sir Richard Branson. Adversity seems to be a constant pattern with most entrepreneurs during their early careers and this was no exception with Branson. Born on July 18, 1950, in Surrey, Richard Branson suffered from dyslexia which meant he struggled in mainstream school. He went on to drop out aged 16 and it was this decision that lead him to the create Virgin Records.

However before the rise of Virgin records, the young Branson started Student. This magazine put the focus on young people and helped educate them on current affairs and politics including the Vietnam War. The first publication in 1966 went on to sell £9500 worth of advertising! 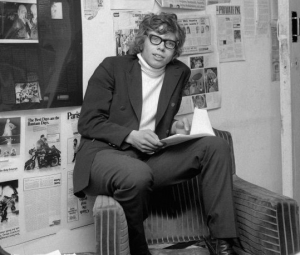 Branson then went on to have the idea of setting up a mail order company off of the back of his success with Student magazine. It is here where the “Virgin” brand came to life! Branson went onto open a number of different record shops throughout the country and opened their first recording studio in Oxfordshire in 1972.

Virgin records went from strength to strength. Their first smash hit came from Mike Oldfield with his single “Tubular Bells” and with the help of Branson and his team, the song stayed in the UK charts for 247 weeks!

Branson took Virgin to the next level with his different ventures such as Virgin Atlantic and Virgin Galactic and he was knighted in 1999 for his contribution to entrepreneurship. In 2009, he landed at number 261 on the Forbes “World Billionaires” list with his £3.8 billion self-made fortune… not bad for a 16-year-old dropout!

Ever heard of Facebook? Yes of course you have, but, once upon a time, there was a world where connecting with your friends and family online did not exist… Enter Mark Zuckerberg the famous Facebook co-founder who created the platform whilst he was studying at university!

Zuckerberg was born on May 14, 1984, in White Plains, New York, into a comfortable, well-educated family, and was raised in the nearby village of Dobbs Ferry. He became interested in computers and technology at a young age and when he was 12, he used Atari Basic to launch his first messaging programme named “Zucknet”.

His innovations grew in his 2nd year of university when Zuckerberg and his friends created a site where individual users could not only set up their own profiles but also upload photos and chat with other user’s online. The group ran with the site and first named it “The Facebook” which they worked on in their dorm room at Harvard until June 2004.

Facebook grew and Zuckerberg and his team moved to new offices in Palo Alto California and by the end of that same year, Facebook had reached 1 million users. In 2005 Mark Zuckerberg’s company received a gigantic financial boost from the venture capital firm Accel Partners. In May 2012 Facebook had its initial public offering, which raised $16 billion, making it the biggest internet IPO the world has ever seen. On the 16th January 2017, Forbes estimated Zuckerberg’s net worth at an eye-watering $53.8 billion at the tender age of 32 years old. 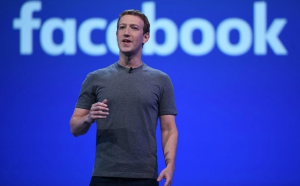 There are many people other successful business people that we could draw but it is obvious that these 3 examples show how important their youth was to their entrepreneurial journeys. Should that the process of nurturing entrepreneurs not start in our schools? Afterall, young people have so much drive and spirit.

Shouldn’t there be a curriculum that encourages kids and teenagers to explore their full potential, embrace failure, and challenge the status quo. Surely secondary education should include a focus on critical thinking, problem-solving skills, and on emotional intelligence. These are all stand-out traits of not only successful entrepreneurs but also successful people!

So how can we encourage these young individuals? We should look promote the idea of schools bringing entrepreneurs of all different age groups to talk to pupils about their entrepreneurial journeys.  The best inspiration has to come from first-hand experience. There is also the option of supporting small business competitions in schools that can be run along existing programmes such as “Young Enterprise” in the UK.  It’s the right time for all businesses, big or small, to help promote activities outside of the classroom and to ultimately support the often stifled entrepreneurial flair.