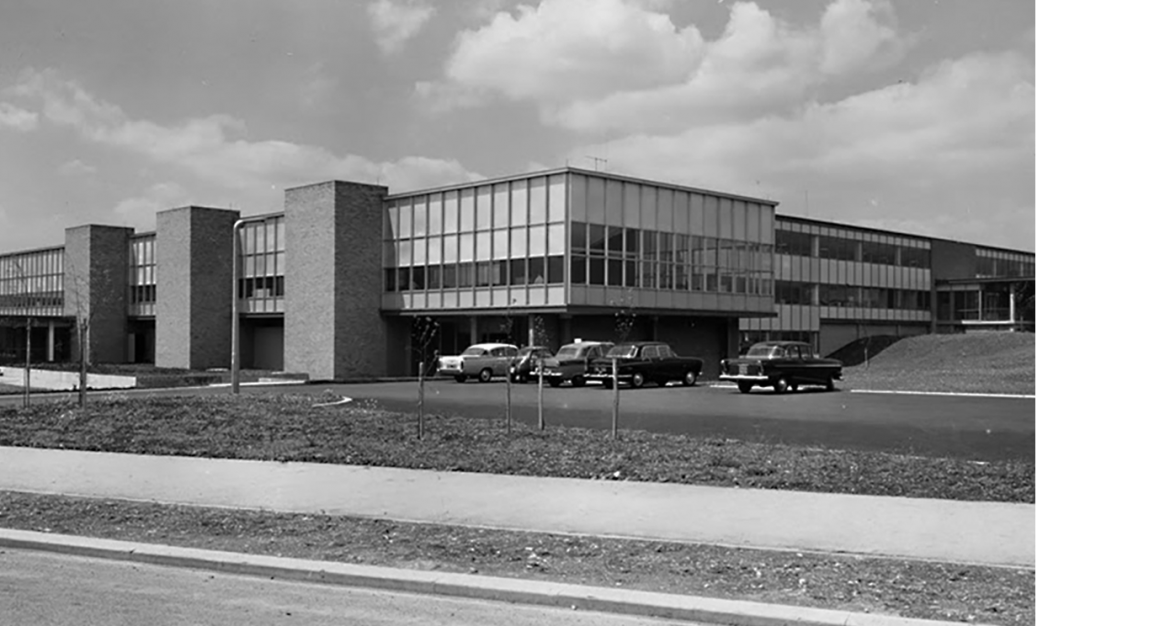 Bedford Heights was built by electronics giant Texas Instruments in 1960. The building was designed with a cyclone proof roof, a blueprint from the Texas Instruments Headquarters in Dallas at the time. External window glazing was replaced in the 1980s. In 1999, the building was converted into fully managed office spaces ranging from 180 to 28,000 ft2.

THE INVENTION OF THE MICROCHIP

In 1958 electronics engineer Jack Kilby was working in the Dallas laboratories of Texas Instruments on a project involving complex electronic modules.

Kilby’s realisation that he could form the individual components in a single piece of semiconductor led to an invention that would later see him awarded one of the USA’s highest awards, the National Medal of Science.

His invention become the forerunner of the silicon chip, which lies at the root of many spectacular advances made in nearly all branches of modern electronic technology. In 2000, five years before his death, Jack Kilby was awarded the Nobel Prize in Physics for his remarkable discovery. 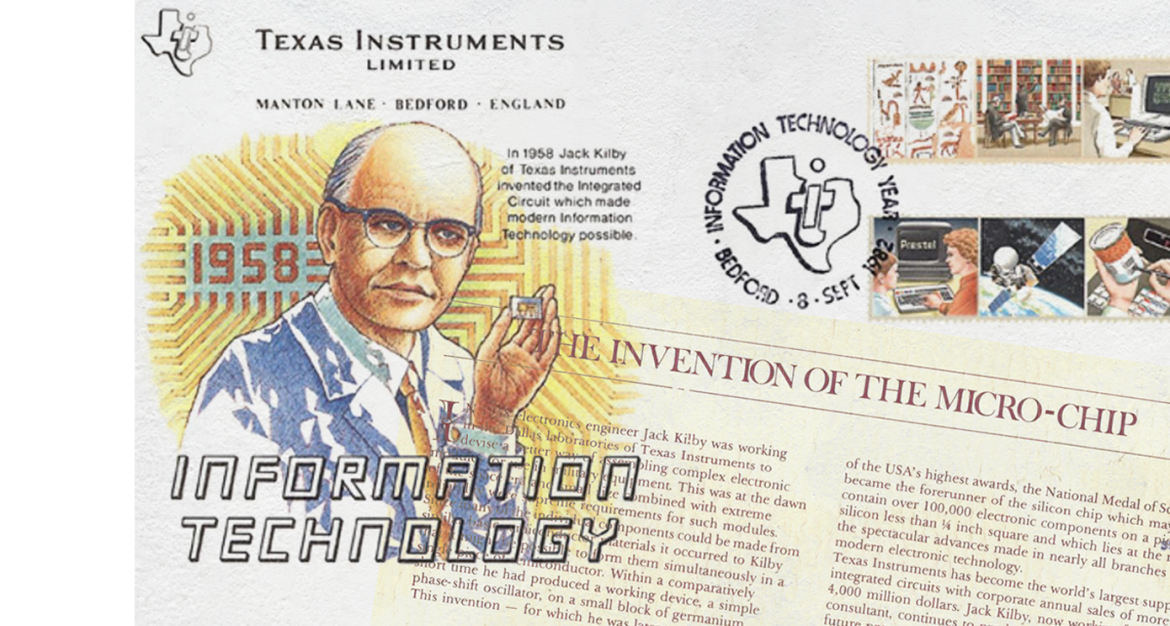 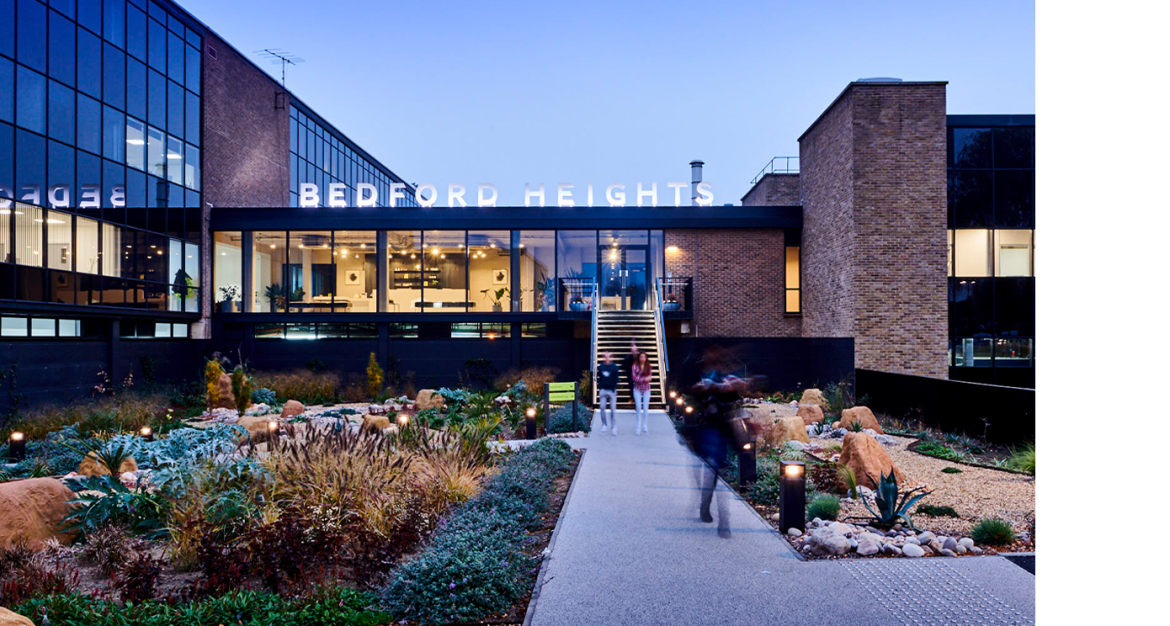 Bedford Heights was acquired by Verve Developments Ltd in 2014, who set about initiating a programme of refurbishments to significantly improve the building. This has resulted in a brand new entrance and reception, landscaped outside spaces, a beautifully designed lounge and the Graze Café, transforming Bedford Heights into Bedford’s most desirable business address.

The original architects of Bedford Heights (formerly Texas Instruments) were O’Neil Ford and Richard Colley. (The Colley Associates Architects and Engineers started with architect Richard S. Colley, who in 1938 established his architectural office in Corpus Christi, TX. Colley was active on projects with the City of Corpus Christi including City Hall, which was built in 1952, commercial buildings, and residential homes. He, along with O’Neil Ford served as the primary architects for Texas Instruments (TI), designing the majority of buildings for them in Texas and around the world from 1955 until the early 1970s when Colley took “sole responsibility).

The Bedford Heights building has what is called hyperbolic paraboloid roof forms, 48ft.sq. and constructed in concrete. It was constructed in 12 months. 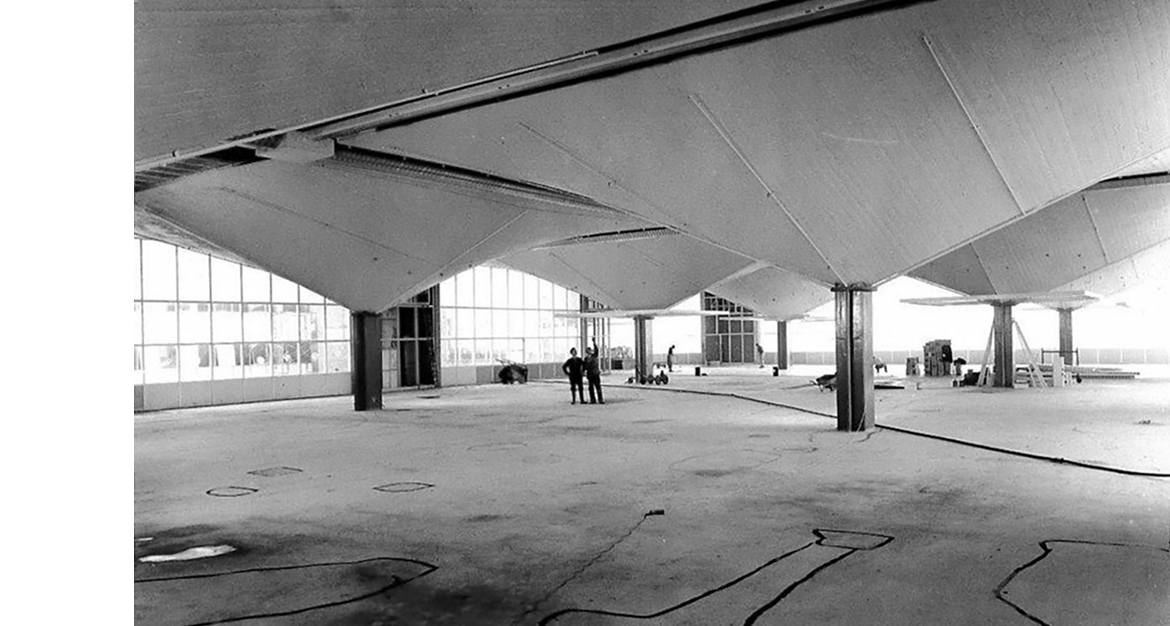 This week Bedford Heights are joining thousands of people across the UK to count our plastic waste.