When business centre and former home of Texas Instruments Bedford Heights published a Facebook post about a reunion coffee morning, little did they know that within 24 hours the post would have reached over 26,000 people.

Six months later on Saturday 11th May, over 300 ex-employees of the global electronics giant gathered at the building they had once worked in, to be reunited with colleagues and friends they had not seen in years. 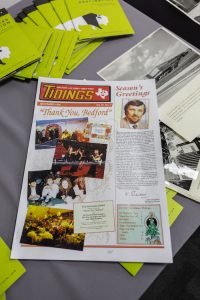 Texas Instruments was once Bedford’s biggest employer and operated in the town from 1960 until 1993. Still known locally as the Texas Instruments building, Bedford Heights is now a thriving business centre offering office space, conferencing, co working and virtual office facilities.

Interest in the reunion was staggering. Emails and messages flooded in from people who had worked at Texas Instruments, all eager to visit the iconic building and meet up with people that had been significant parts of their lives.

On the day itself, guests were queuing out of the doors, much like a photograph taken around 50 years earlier when employees queued outside the building for a company fun day. 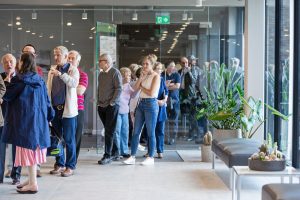 Guests had travelled from as far afield as the US, France and throughout the UK to re connect and reminisce with old friends.

Speaking at the event Tim Pain, Director of Verve Developments Ltd, owners of Bedford Heights, said: “When Verve bought the building we had a desire to engage with the local community. It soon became obvious from everyone we spoke to how Texas Instruments touched so many people in Bedford from those who worked here, those who have parents and relatives who did, and also people who are still in the building including Connie Sepede and two members of my team, Deane Fine and Yolande Lewis. It quickly became apparent what a special company Texas Instruments was.

“When our first Facebook post reached over 26,000 people I was immediately taken back to a campaign run by Hoover where they offered free flights to the US for every Hoover bought. Thankfully there were 300 people in the room on Saturday not 26,000 but it says a huge amount about Texas Instruments.

“We were proud and touched to be surrounded by so many people who genuinely came to reminisce and share their wonderful stories of their time at Bedford Heights.”

Former Managing Director of Texas Instruments Ken Sanders also spoke at the reunion and said: “Working at TI was like being part of a family, we were family and testament to that fact is seeing all these old faces here today.

“What a legacy we left in terms of small business, large business, people running their own businesses; taking what we learnt from TI and what TI taught us about business into those companies. The most significant probably being Bourns, still based here in the building, we really did leave an enormous legacy there. Still relatively unknown in Bedford, it’s a state of the art facility that has recently received two very large million pound investments to upgrade it and the more we can do to publicise this the better.

“Finally, I’m very grateful to Verve for bringing us all together again.” 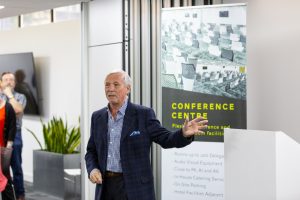 Richard Mann, who worked at TI from 1966 to 1995, said: “I was overwhelmed by the warmth of the reception and the generosity of the hospitality. The buildings and grounds were looking absolutely stunning and it was so good to see all the references to the history of TI, a company which for many of us was much more than just a place of employment.

“As the MD commented, the reunion could have been a ‘Hoover’ moment but in the event it could not have worked out better in terms of response. My thanks to the Verve management team and other employees for enabling this marvellous and – to some extent –  moving reunion.”

As well as swapping stories and reliving old times, guests at the reunion enjoyed an afternoon tea, tours of the building (with many trying to locate their former offices), and browsed old photographs and memorabilia. 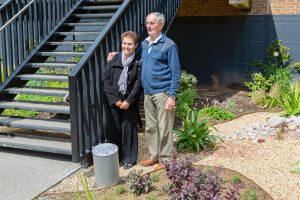 A time capsule was also buried by Connie Sepede who started working at Texas Instruments when she was 15, and still works in the building for Axis Electronics. Connie is pictured here with Rod Adkins, who was the first employee at the new Texas Instruments building on Manton Lane and came from the original building on Dallas Road. The time capsule contained current photographs, newspapers and memorabilia and is set to be opened in the year 2100.