The Best Way to Avoid Your Next Business Disaster

So how exactly do you react when things in your business don’t go according to plan? When a new business venture goes splat or a marketing campaign you have invested a lot of time and money in goes sour. You may find yourself scratching your head and asking the question “how did it all go wrong”?

Unfortunately, a large number of small businesses charge ahead into the next project rather than sitting down and analysing what happened previously. And such actions significantly increase your chances of your next project going wrong too!

Instead of going full speed ahead and risking another disaster, a large number of small businesses would have more success by taking 2-3 days to think about and diagnose what happened. Based on the past experiences of many successful business owners, we have come up with a simple guide that you can follow for disaster analysis. This framework digs deeper into the disaster, helps highlight the problems that have occurred and provides different strategies and solutions.

One caveat to this guide — the initial steps of this may be largely frustrating at first for those that lean towards the mentality of being a “fixer” rather than being an “understander”. The best way to describe a fixer is someone who gets most of their professional satisfaction from jumping in right at the deep end and focus on fixing a problem and then looking back at how all of all of the pieces fit together. Of course, being an understander isn’t necessarily a bad thing, but there is a lot of value in suspending that way of thinking until you have spent sufficient time in the problem itself. 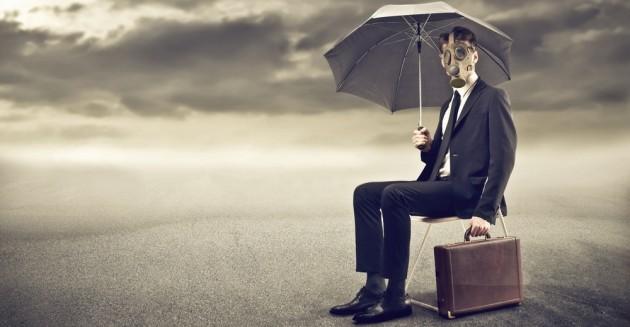 Without coming to terms with the reality of what the problem is, your diagnosis won’t get you very far. Even if your process starts with an email from your manager that say’s, “Hey guys, we didn’t seem to get a very good response from our latest email marketing campaign over the weekend, only a 10% open rate! Very disappointing… does anybody know what happened?” You and the rest of your team need to agree that the problem was with the content of the campaign and that the fundamental issue was lack of connection with the readers, rather than lack of content information. In other words, you need the problem statement.

In this step, you need your team to agree on the problem statement and define the gap in the metrics between your expectations of how the campaign was going to go versus the actual outcome. Whilst you’re looking into the problem, you may discover that a clear objective was never stated, and you will need to remember this when we look at step 4.

As an example, your email marketing campaign should read something like this, “We launched the email marketing campaign over the weekend and unfortunately, it fell short of our expectations. We expected a 70% open rate which would mean that our readers were engaging with our latest offers. However, after the campaign ended we only saw a 10% open rate which led to a decreased amount of visits to our website and zero sales.

The second step is to work out how the project was executed, and make sure that everyone that was involved understands the steps that lead up to it. Sometimes things can get rather sensitive around this particular step. Of course, try to avoid the obvious such as finger pointing, shifting the blame or even shouting matches as this will not achieve anything. Don’t talk about what process you (and your team) were supposed to do, rather talk about what actually happened.

It is wise to appoint a moderator who can stop the discussion going off on a tangent or when the talk moves into how the process failed. It is also a good idea to involve internal teams to prepare for this in advance. Preparing for the meeting beforehand with specific timelines that you have prepared separately in safer environments can help this step move quickly. At the end of this step, you want to aim for a simple narrative or timeline of what happened and when.

Step 3: Who was involved?

In this part, you are simply listing what teams, copywriters, contractors, and agencies were involved the project. This, in an ideal world, should resemble each item if correctly done in step 2 list. As mentioned before, try to avoid pointing fingers or even playing the blame game, this is just a list of the individuals or teams that carried out each job and who did what so that nobody is missed. If you have a moderator, he or she can help ensure that you stay on topic.

Now that you are aware of the what, when and who, you can finally start discussing what went wrong with the strategy and/or execution. What false assumptions were acted upon? What balls did you drop whilst trying to juggle other jobs? Did the timeline differ from the project plan? What individuals did we forget to consult with? Were there any external factors that contributed to the failure of the campaign? Assuming that you reached a certain level of agreement quickly during step 1, this will likely be the longest step of the meeting.

Step 5: What could we have done differently?

Here is where the fixers can finally breathe a sigh of relief since now will be the point of the meeting where you can go forth and discuss fixing the problem or doing it differently in the future.Your goal in this step is to address each point in step 4 with what you and the rest of your team will do differently in terms of your next email campaign. Maybe the conversation can go something like this, “In order to give ourselves the best result in our next email marketing campaign, we should aim to run the campaign for a longer period rather than just over the weekend where a large number of our readers were not actively looking at their emails.

The weather has been beautiful and continues to be for the rest of this week. Do you have any plans to get the #BBQ going this week? ☀

Wishing you all a great May Bank Holiday.

We would like to wish our resident businesses, col

We know a lot of people who will miss the Chelsea

@mentalhealthfoundation aim to get the nation talk

Well this is a blast from the past. Do you still h

Have you got what it takes to earn a GUINNESS WORL

With it being #MuseumWeek this week, we thought we

The weather has been beautiful and continues to be for the rest of this week. Do you have any plans to get the #BBQ going this week? ☀

Wishing you all a great May Bank Holiday.

We would like to wish our resident businesses, col

We know a lot of people who will miss the Chelsea

@mentalhealthfoundation aim to get the nation talk

Well this is a blast from the past. Do you still h

Have you got what it takes to earn a GUINNESS WORL

With it being #MuseumWeek this week, we thought we